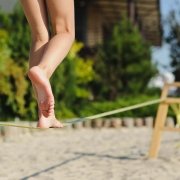 The indicators for burnout are manifold and the knowledge of the signs makes an early diagnosis possible and allows to take countermeasures with the methods of classical and alternative medicine.

“Burnout” is a modern term for a type of disease, which has always been around. In the old days the manifested chain of symptoms of the burnout syndrome was simply called a nervous breakdown. The modern term “burnout” was coined by the psychoanalyst Herbert Freudenberger in 1974.

Today we know that all professions and all people are endangered. It is difficult to classify the feeling of being burned out medically and to summarize the many diverse symptoms in one diagnosis. Up until now the ailment could not be clearly defined by scientific research.

Burnout: Symptoms and Causes
When people are complaining about chronic fatigue or lack of energy for many months or years, classical medical exams often do not show any relevant findings. Even when more physical complaints keep developing, like heart pain, headaches, dizziness, problems with concentration and memory or sexual problems, there still is no cause to be found on the physical level. Therefore the burnout syndrome is classified as a psychological type of disease.

The problematic nature is more encompassing, if you keep in mind that there cannot be a physically manifest disease that does not involve the so-called psyche (it would be better to call it “soul”). The realization that nothing drops out of the sky and that everything that is has been developing, gives credence to the fact that everything has to develop from the subtle to the gross.

If “burnout” means to be burned out, than that means that there has to have been a huge fire. Such a “fire” generates stress in any case. Most authors agree on this point that stress that becomes permanent is the first step towards the burnout syndrome.

But what type of stress is it that extinguishes the fire over time? Stress in itself is doubtlessly healthy, if after the tension there also are phases of relaxation. If as humans we would live according to this dynamic, in all probability we would become or be less sick.

Indicators of Burnout: This is how the Burnout Syndrome Develops
In the beginning phase most persons affected show a marked engagement for grand goals, for instance professionally. They are doing what they can to be indispensable. To the contrary, in order to be even better the addiction keeps increasingly occupying the private life and thus the necessary recuperative periods.

These people are characterized by the feeling of never having time. The evening before they are already planning the next day in detail, and then they take this thought stress into the night. The result is that such people can no longer sleep in a rhythmic fashion and are therefore tired and exhausted in the morning. Their own demands for the coming work day need to be met, so the flame is still burning as well as it is able to. The energy expenditure keeps increasing, though, so that during the second stage of development there is an inevitable reduction in their professional commitment. The flame, the energy level, grows weaker. In this phase the people are loosing a great deal of their positive feelings towards colleagues, employees, clients. Now feelings of not getting enough recognition or even being exploited are spreading. The wheel of ruin keeps picking up speed.

The existential fear that is felt, like for instance of loosing the job, is being joined by conflicts in the partnership or family. Over time that leads to the further development of reduced self-confidence, guilt feelings and the feeling that nothing can be changed and helplessness.

Before the flame expires there is a last flare-up, which can express as impatience, aggression, mistrust, irritability and moodiness. Memory and concentration decrease, and now there is an inability to make decisions.

Furthermore other indications of burnout emerge: The body’s immune system becomes weaker. As previously mentioned these people are reporting a multitude of complaints, which do not show any causal findings during the medical examination. The term “psychosomatic syndrome” is usually the diagnosis in these cases. The symptoms keep repeating more often and more intensely, in spite of pharmaceutical treatment, which has been used for this multitude of complaints.

During the next stage – as Herbert Pruida stated so accurately – we see an “ infarct of the soul”. The people have arrived, the fire is gone, everything becomes dark and quite often they fall into the most severe depression.
Though the many complaints and the development of the burnout are usually quite similar, Esogetic medicine holds the tenet that the causes have to be looked at individually. We are talking about “being burned out”, about the “infarct of the soul” and about a change in the “subconscious psyche”.

Esogetic medicine is offering multifaceted support for people with the burnout syndrome. Esogetic therapists are pursuing holistic approaches. Workshops that dedicate themselves to this topic are providing information for those affected.

Cause of Depression: The Viewpoint of Esogetic Medicine
Scroll to top